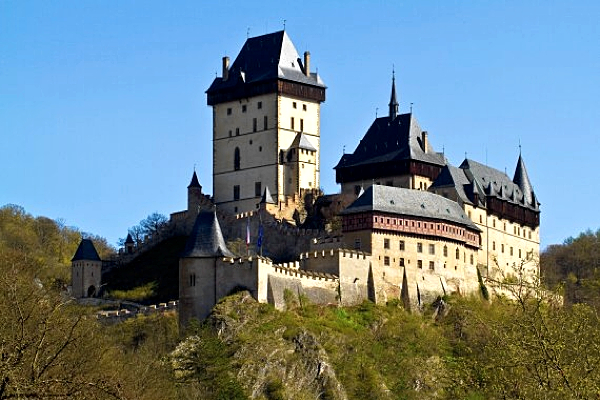 In 1355, the Czech king Charles IV came to the throne of the Holy Roman Emperor. This event radically changed the fate of the provincial Town (Prague), for 23 years, making it the capital of Europe. However to keep enormous riches of empire in Prague was unsafe. So the Emperor attracted the best architects of that time and built the majestic Karlstejn Castle. It quite corresponded to its high position of the owner of Europe and became truly unapproachable. For many years there were stored treasures of the Holy Roman Empire, sacred Christian relics, the Czech Crown jewels and State Archives.