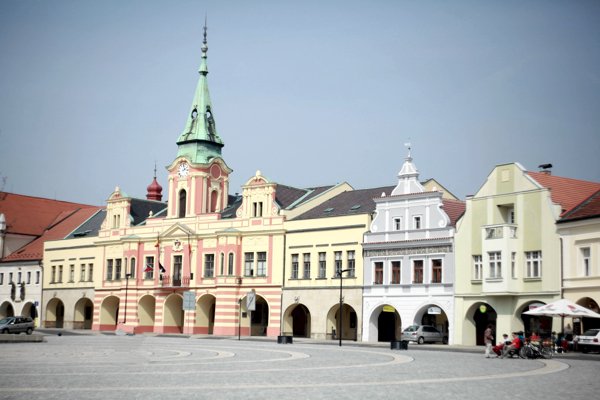 Price of the tour: 35 Euro/person

Fortress, was founded at the confluence of the Elbe and the Vltava Rivers approximately 40 km north of Prague. It was originally wooden, and at the end of 10th century was replaced by a stone residence. The last wife of Charles IV ordered to build a fortress Chapel, which was consecrated in honour of St. Ludwig, now- in honour of St. Ludmila. Melnik branch of the family Lobkowicz had owned Melnik Palace from 1753 till 1948 years. The internal rooms of the Castle hide untold wealth. Visitors can see the exhibition of Baroque paintings, historical interiors of the Lobkowicz collections, hunting trophies, collections of Czech glass, as well as an exposition devoted to winemaking. The castle is surrounded by beautiful vineyards. Today, there is a special sort of wine "Ludmila" in honour of St. Ludmila, the taste of which, along with other beautiful bouquets you can serve! Among the urban buildings, there are the Gothic church of St. Peter and St. Paul interesting for its architecture and history, with high tower, which preserved their form from the beginning of the 16th century , kostnice (store bones and skulls), Gothic with later additions made baroque town hall, the Prague gate, which formed part of the medieval city fortifications.