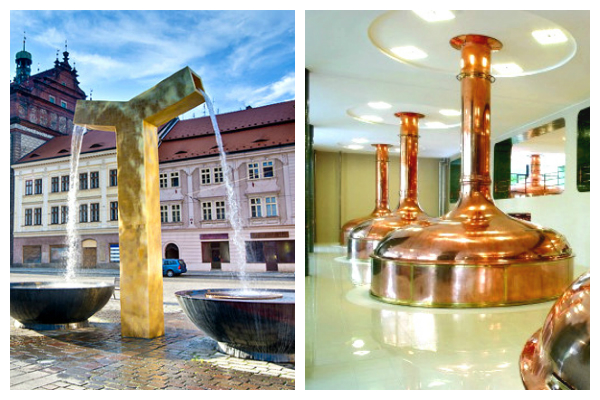 Price of the tour: 45 Euro/person

Pilsen (Czech: Plzen)is the fourth largest city in the Czech Republic, the center of brewing. Czech King Václav II founded Pilsen approximately in 1292. In 1419 is one of the main centers of the Hussites. Pilsen is an industrial, commercial, cultural and administrative center of Western Bohemia. Pilsen is necessarily included in the routes and itineraries of beer tours, as for beer lovers and connoisseurs, here is something to look at. You will get acquainted with the history of brewing: at the beginning of the tour in a specially equipped cinema room you will see a film about the history of the plant, then visit the modern production and you will discover all the secrets of the production of Pilsner beer. Following, you will walk through the underground galleries-basement, where the beer ripens and taste the unfiltered beer brewed by ancient technologies.
At the end of the tour you will get a pleasant surprise — each will receive a bottle of beer “Pilsner Urquell”.